5 Things to Know if Stopped by Police in New Mexico

What should you do if a Police Officer or State Trooper stops you for a traffic offense in New Mexico? 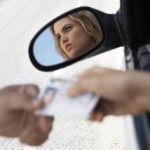 If you are stopped for a traffic offense in New Mexico, you will face an immediate decision: plead guilty and pay the fine, or set a court date to “challenge” the citation. You will have to make this decision on the side of the road, without a chance to consider the consequences, and without the opportunity to seek legal advice and counsel. There is a lot at stake.

Here is what you need to know:

Remember to choose “court appearance” on New Mexico traffic citations. Then, call a traffic attorney to help you understand your options and work for a good outcome. For more information, call Glenn Smith Valdez at 505.877.8787.