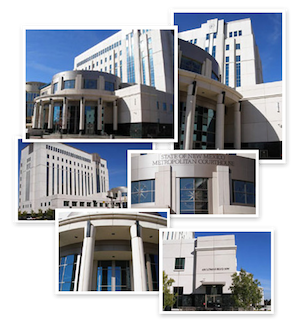 Get an Experienced Attorney for Your Metro Court Case

Glenn Smith Valdez is an experienced trial litigator who is well respected by his colleagues, judges and especially his clients. With his years of experience he has earned the respect of law enforcement, who know he is honest, tough and always ready to work hard for his clients. This translates into great success in his traffic law practice, with officers often willing to work out great deals for minor offenses. Outright dismissals, dismissals after 90 days without tickets, or dismissals after driver improvement classes are some of the results he has gotten for his traffic cases in Albuquerque Metro Court. (If you want to see what he has accomplished for his clients in more serious cases, Look Here)

We Appear for You at Arraignment

When you are charged with a traffic violation in Albuquerque, you will be ordered to appear in Metro Court for a traffic arraignment. Those arraignments are handled by the staff and attorneys of the Albuquerque City Attorney’s Office, the Officer who ticketed you will not appear for the arraignment. Mr. Valdez can appear on your behalf at this hearing, without the need for you to appear. He will file the appropriate paperwork for your waiver and he will appear personally for you. He is familiar with the City Attorney’s staff and can often succeed by negotiating with them to have your ticket dismissed at the arraignment.

We Get the Best Results

Occasionally, he will call you from the arraignment and ask if you want to resolve the case with a deferred sentence. A deferred sentence is a great way to keep your driving record clean. If you agree to accept a deferred sentence he has negotiated for you, he will let the City Attorney know and they will draft the paperwork, outlining the terms, which is usually a No Contest plea, a 90 day unsupervised probationary period without any additional traffic tickets and the payment of about $86 in court costs. Mr Valdez will appear before the Judge on your behalf and enter the no contest plea. Once you have completed the requirements, Glenn and his team will draft a Motion and Order to dismiss the case, and, as soon as it is signed by the judge and filed with the Court, send a copy to you for your records.

We Appear for you at Trial

Occasionally, the plea offered by the Albuquerque City Attorney’s office isn’t acceptable. In those cases, Mr. Valdez will enter a plea of not guilty on your behalf and schedule the case for trial. When your traffic ticket case is set for trial in Albuquerque Metro Court, Mr. Valdez is often able to waive your appearance and appear on your behalf. At a Metro Court traffic ticket trial, the officer is required to appear. If the Officer fails to appear, Mr. Valdez can make a motion to have your case dismissed, if the Officer did not have a good reason for failing to appear, The Metro Court Judges will usually grant the motion and dismiss the case.

We Get Great Results at Trial

If the Officer does appear, Mr. Valdez can often get a dismissal from the Officer, negotiate a dismissal after a 90 day period without further violations, or a no contest plea and usually, a deferred sentence that results in a dismissal. He will either discuss the acceptable options with you before court or reach you by phone for your approval.

We Appear so you don’t Have to