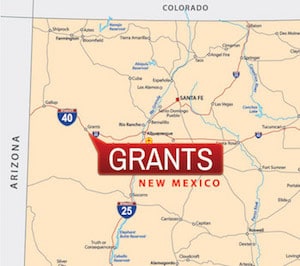 Interstate 40 or I-40 is the main highway across central New Mexico. Thousands of drivers are ticketed on Interstate 40 each year, with many of them ordered to appear in the Cibola County Magistrate Court in Grants. If you have been cited or ticketed in Cibola County, New Mexico, whether by the New Mexico State Police or the Cibola County Sheriff’s Department, you will have been given a New Mexico Uniform Traffic Citation and ordered to appear for traffic arraignment in the Magistrate Court. If you were ticketed by the Grants Police Department or the Milan Police Department, you will be order to appear in either the Grants Municipal Court or the Milan Municipal Court. Glenn Smith Valdez has represented drivers in all three of these traffic courts.

I was Ticketed, What Happens Now?

When your ticket was issued, you were asked to either admit guilt and pay the New Mexico penalty assessment, or to plead not guilty and schedule the matter for traffic court. If you chose to admit guilt and pay the penalty assessment, you will not be able to change your decision and you will have to pay the penalty to the New Mexico Motor Vehicle Division, unless you can prove you were coerced into signing the citation. However, if you selected the court appearance option for your Grants, Milan or Cibola County traffic ticket you can still fight your ticket, or hire an excellent traffic ticket attorney to fight your ticket for you. If you elected the court appearance for your Grants, Milan or Cibola County traffic citation, you will be ordered to appear for a traffic arraignment in either the Grants Municipal Court, the Milan Municipal Court or the Cibola County Magistrate Court.

We can Help You Waive Your Appearance

When Mr. Valdez waives your appearance and appears for you in Grants, Milan or the Cibola County Magistrate Court, he will negotiate with the Officer on your behalf. Mr. Valdez is often able to get New Mexico police to agree to dismiss traffic tickets for his clients. In some cases, he can arrange for you to attend driver’s school, make a donation in lieu of a fine or find other ways to keep your Grants, Milan or Cibola County ticket off your record. When you hire Mr. Valdez to waive your appearance and appear on your behalf, he will keep you updated on the case and will always work hard to meet your expectations, whether it is keeping your driving record clean, or avoiding traffic ticket convictions that can affect your insurance rates.

We can File Motions to Appear by Phone

If you fail to appear for your NM court date whether it is in Grants Municipal Court, Milan Municipal Court or the Cibola County Magistrate Court in Grants, you may have a Warrant for your arrest. In New Mexico, when a driver signs a citation promising to appear in court for speeding or other traffic violations, they must appear or hire an attorney to appear for them. If the driver fails to appear as ordered, the Cibola County Magistrate Court in Grants or the Municipal Court of Grants or Milan Municipal Court will issue a traffic warrant or bench warrant for their arrest. If the driver is later contacted by police anywhere and those officers run a background check, they will be informed of the New Mexico traffic warrant and the driver may be immediately arrested.

We Help Cancel or Quash Your New Mexico Traffic Warrant

We have helped many people deal with New Mexico warrants. We will file the appropriate motions to cancel the warrant. We then represent our clients in either the Grants Municipal, Milan Municipal or Cibola County Magistrate Court and can do this without the need for an expensive return trip to New Mexico. After the warrant is cancelled, the original New Mexico ticket is still pending, and we will help you contest the underlying New Mexico citation. Just because you have a New Mexico warrant doesn’t mean you cannot keep the original ticket off your record. It isn’t to late to fight your Cibola County traffic case, even if you have a warrant. Call Glenn Smith Valdez at 505.877.8787 and put him to work on your Cibola County, Grants or Milan traffic warrant today.